Yesterday I wasn't at peace.  It wasn't the injustice in the world or interpersonal relationships that had me disturbed, it was an IV bag of steroids I received as part of a routine medical treatment (full store HERE).  If you've never been treated with high dose IV steroids, you might not be able to appreciate the jumpiness, shakiness, sleeplessness, pent-up energy, and emotions that come with it.  Even though I do my best to keep to myself, I apologize to my husband for my behavior before, during, and after treatment.

I was pacing in circles yesterday, unsettled, so I decided to make a postcard.  I hoped that focusing on a small project would give me a little peace.  It did!

My postcard design was inspired by my recent treatment.  When I get my IV treatments, I bring a disco ball with me for "pole dancing" my way to the ladies' room: 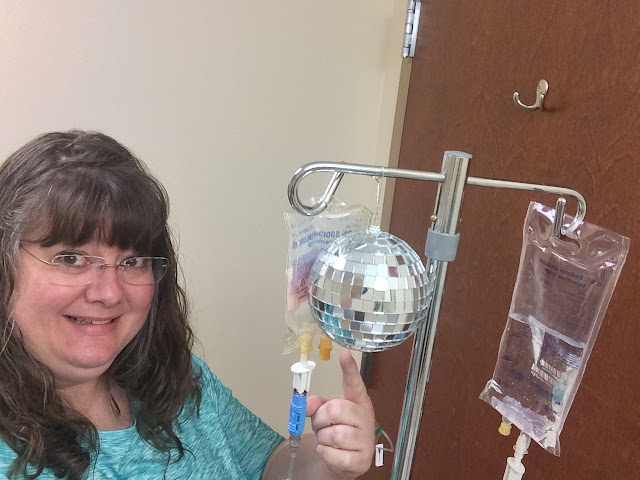 In my sleeplessness, I thought "I can quilt a disco ball!"  And so I grabbed my Versa Tool and sat in front of Hedwig, my HQ Stitch 710: 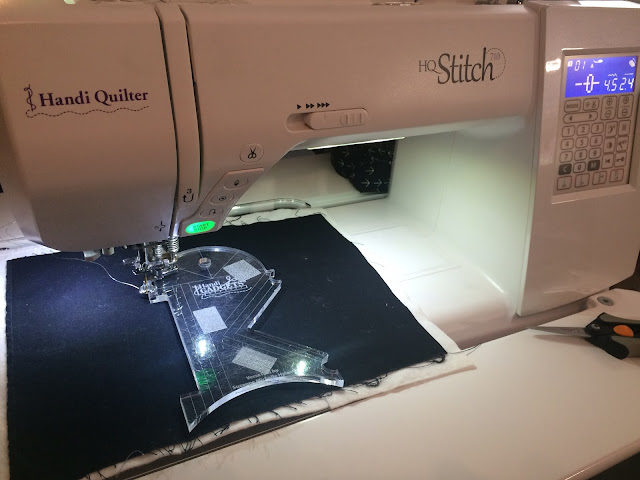 I used the half-circle on top of the Versa Tool to make a 4" circle using silver metallic thread.  Then I started filling in the rows of mirrored tiles: 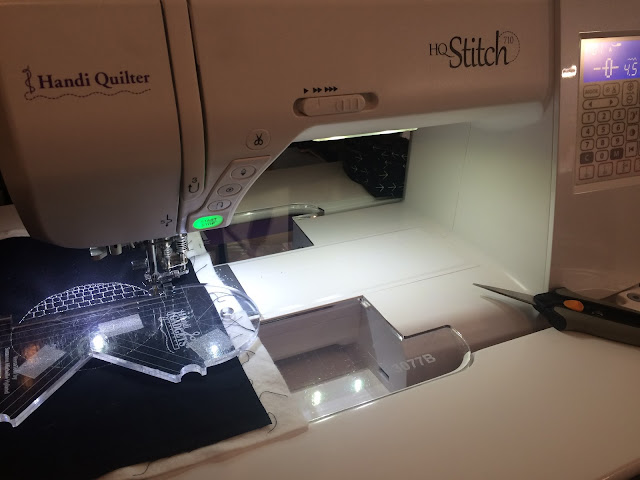 Once finished, I wasn't sure what to think.  Is this a disco ball?  I don't trust my minds on days like that: 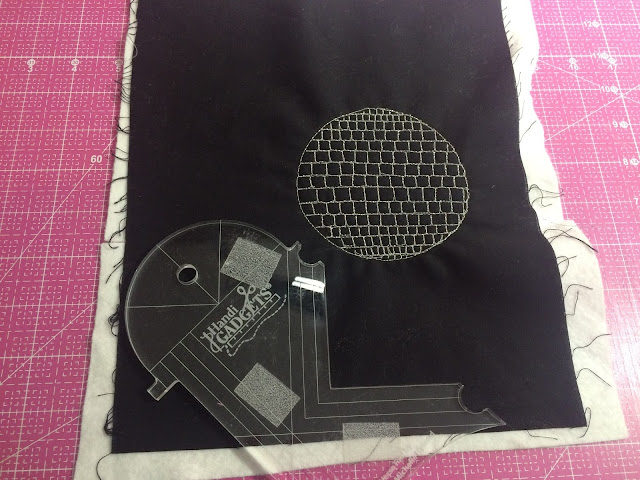 I fused the disco ball to stabilizer and trimmed it with my Postcard Trimming Tool: 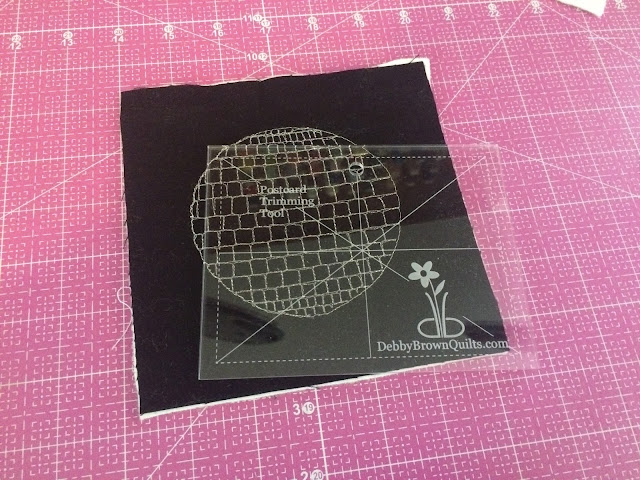 I was still worried that it looked like the Death Star rather than a disco ball, so I added some peridot crystals left from another project: 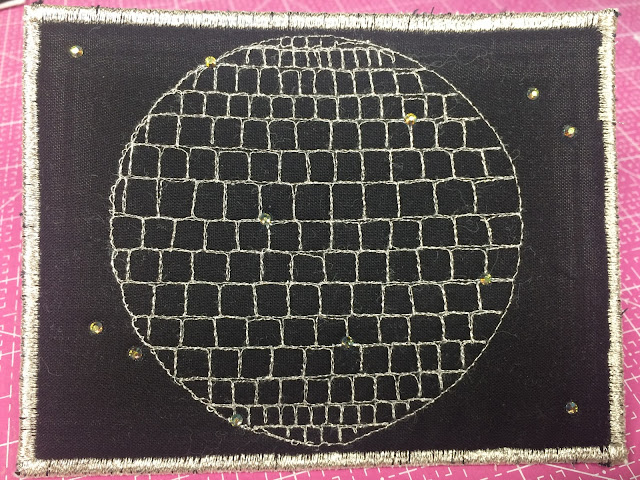 This card is already in an envelope and on the way to a friend who will appreciate a disco ball of her very own.

I remember those steroid 'highs' during chemo. And you are right...there is nothing worse than being exhausted but you are so wound up. I wish I had started quilting back when I was doing treatments.

Your disco ball is fabulous. You have a great heart and spirit!

I think you nailed it! Great job. I wouldn't even have thought of it. I hope you are feeling better now.